Planning (FR) Build your own low-cost FPGA password cracker on the blockchain for fun and profit!
with Renaud LIFCHITZ

(FR) Build your own low-cost FPGA password cracker on the blockchain for fun and profit!
with Renaud LIFCHITZ

This innovative talk will mix DIY, emerging technologies and computer security. First part of the talk will explain how to build your own low-cost, powerful, totally silent and ecological password cracker using a cheap and publicly available FPGA board, with an introduction to FPGA programming for that purpose. Second part will deal about building a collaborative marketplace where everybody can share uncracked password hashes and give a reward for the solutions, and where people can help providing solutions to get those rewards in a completely decentralized way, by developing and using a smart contract on the Ethereum blockchain. 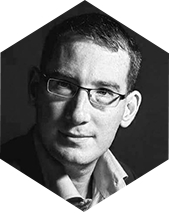 Renaud Lifchitz is a French senior IT security consultant. He has a solid penetration testing, training and research background.